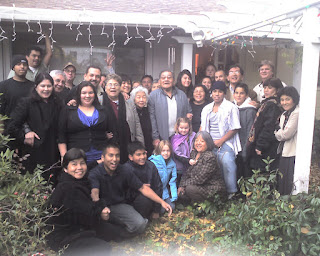 On behalf of the family, I would like to thank all of you for attending either the viewing or this service today. It means a lot that so many would take the time during a work week to attend and show your respect for this great man from another century.

Uldarico Edgardo Sing Huapaya was born in 1919.  This was one year after the end or WWI.

We was born in Mala, Peru.  In case you don't speak Spanish, that translates to "Bad Peru".  That is where I learned to speak my "Bad Spanish".

His father was from Canton China and his mother was a Peruvian Indian.  Edgardo, as he was known, did not have an easy childhood.  He lost his mother at age 5, and his father passed away when he was 15.  With only a 5th grade education, he began to work with automobiles.  Keep in mind that at this time, few people had cars, especially in Peru.  This sort of made him a geek of sorts.  Was he the Sheldon Cooper of his time?

Edgardo was determined not to repeat the mistakes of his parents.  He took an interest in a 12 year old girl that was the friend of his younger sister, Elsa.  He found the only girl completely different from himself.  Her father was from Canton China, and her mother was a Peruvian Indian .... and Chinese.  They would wait until she turned 18 to get married.

One measure of a man is the family he leaves behind.  In this case, Edgardo and Lina ... okay, mostly Lina had: Santiago, Lina, Carmen, Ceci, Martha and Juan.  Unfortunately, when you live to 95, you run the risk that you may outlive some of your children.  In this case, both Ceci and Santiago passed away before he did.  Again, Edgardo did not have an easy life, but he always worked hard to take care of his family.

Edgardo did not have a degree, but he seemed to know about everything.  When he retired at almost 80, he focused on growing fruits and vegetables.  He raised chickens and turkeys, including Poncho.  The largest, meanest turkey I have ever known.  We eventually got even with Poncho at a Thanksgiving dinner.

All of the animals would follow Edgardo around the garden all day long.  As Edgardo grew older, he would fall down.  When this would happen, one dog in particular, Queenie would lay down with him and protect him until help found him.  Eventually, he fell down so much that he had to retire from the garden.

Those who know me, know that I strive to be "Green", but I was nothing compared to Edgardo.  He found ways to reuse almost anything, which he stored an a little know residence called "#4".  For those of you who do not know about #4, think of it as his version of the Western White House.

Edgardo's greatest accomplishment was the love he gave to his family and the values and wisdom he passed on to them.  He made each grandchild feel like they were the center of the universe.  He leaves behind, Aaron, Lobelly, Aranja, Nina, Adrianna, Alejandro, Lila, Ceci, Enrique as well as Carlos and Kike, who both serve in the Air Force of the United States of America.  In addition, he leaves behind one great grandson, Sam.

When it came time to retire, Lina and Edgardo chose to live with us in California.  I can never express how grateful I am, that my daughters came home every day from school to family.  They are both fluent in Spanish, to the annoying point that they like to let me know that they speak Spanish much better than I do.  In the end, when Alzheimer stuck, the children both decided to quite their jobs to take care of the grandparents full time.

You might think that these older people of the last century, last millennium, were not technical at all.  Well, let me tell you.  They Skped and they Skpyed a lot.  They have Skyped on Laptops, tablets and Smartphones.  They Skyped In the house, with a mouse ...  Sorry, not sure how Dr Suess got in there.  During birthday parties, the family in Peru would be singing along with the rest of us, right there on Skype.  In fact, Skyped contacted us about their story.  Such techies!

I have heard people say ... I will never put my family in a home.  It is not that easy!  My family suffered greatly dealing with the evils of Alzheimer's.  Thank God, most people will never experience how truly awful this disease is.  Break down, after break down.  Carmen, Lila, Ceci and Martha, would dust themselves off, and the very next morning, they would be back tending to the needs of Edgardo.  We lost Edgardo over a year ago, but his body finally left us this week.

Lina, our heart goes out to you.  This December you would have been married for 70 years.  Imagine that. Lina, we all know this loss is devastating to you, but remember you are surrounded by family.  Family that flew in from Panama, Peru and Turkey to be with you.  When you look at the faces of your family, you will see Edgardo and he is here in the hearts and minds of all of us.  You will be surrounded by love until it is your time to join Edgardo.

Edgardo, may you rest in peace